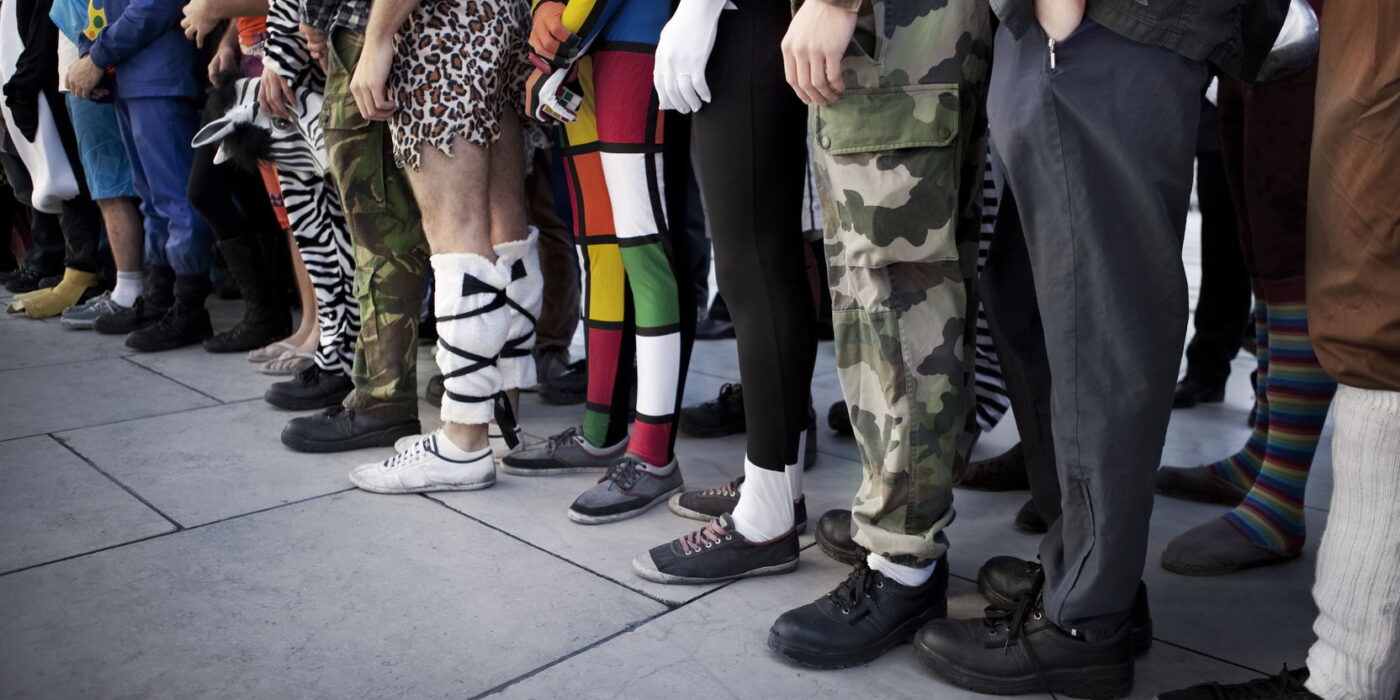 Lets face it. We all judge… All the time.It’s like we’re wired to put people in boxes based on our likes and dislikes, our standards and self-made rules.

In this game of creating barriers between ourselves and others, we forget that judgements come with a price. At the cost of human connection. The worst part is that becoming aware of these judgements doesn’t necessarily stop us from still doing it.

So what is with us and our inclination to derive some sort of weird satisfaction from discriminating against those who surround us. Let’s dig into the human psyche.

Whether we like to admit or not we all have an inflated sense of superiority. This makes us want to put ourselves on some sort of pedestal in one way or another, which kinda makes us borderline narcissists.

Lets call it healthy narcissism, which is not only normal but also essential for self-confidence and the drive to succeed. No judgements here. As long as we’re human we have an ego that serves our need for self-preservation and as long as we have an ego, we each carry within us some sense of self-importance. However it’s easy to lose sight of that balance and tilt a little more towards favouring ourselves.

We don’t think twice before putting labels on to people that end up creating a divide between us Vs ‘them’. A friend not responding to a text becomes ‘ignorant’, someone overtaking on the road is an ‘A-hole’. But apply the same two situations to ourselves and we were simply ‘caught up’ or driving fast due to ‘an emergency.’ A classic example of what is more formally known as Self-serving bias.

Honestly we’re capable of doing better, but sometimes we just can’t seem to help ourselves. It’s a universal human problem that leads to a bigger problem which is the increasing alienation in society. If only we had the capacity to understand each other better and see people through a different lens.

Throwing judgements at people is actually an easy way of camouflaging what’s going on within us. ‘My neighbour is selfish and self-centered’ comes more naturally than acknowledging an unmet need –‘ I felt hurt because my neighbour did not care to thank me for the pudding I sent’.

The sad reality is we simply haven’t been trained to confront our feelings and communicate with people the right away. No surprise that we end up projecting our baggage on to others.

While judging may be our default mechanism it certainly doesn’t help our case. Separation has only perpetuated loneliness and isolation we’re experiencing at a mass level today. Our judgements of ourselves may have something to do with this too. That constant fear of social judgement or being evaluated the wrong way prevents many of us from showing up fully and taking perceived risks. Self-judgement basically cancels out our underlying need for love and connection as it stops us from expressing ourselves and being seen for who we are.

At the other extreme of course we have people who want to be seen almost to the point of being overbearing as they propagate opinions to cast out ‘others’. Here’s how intolerance of varying viewpoints leads to polarisation in society:

If you like Meghan, you must hate the Monarchy
If you don’t support the government, you’re not patriotic
If you have concerns about the vaccine, you must be a Conspiracist.

In an ideal world, irrespective of their beliefs people would steer away from unnecessary divisions and lean towards unity. That reality is quite possible, all it takes is a willingness to move in that direction.

Being curious about people is one way to get out of the unnecessary trap of judgements. When we learn to dive deep with people while attempting to understand the origin of their beliefs and behaviours, everything changes.

We start seeing our supposed ‘enemies’ in a different light and appreciate diversity. This necessitates asking insightful and not derogatory questions, which not only opens minds but gets two opposites to meet eye to eye.

Open curiosity inevitably leads to empathy, a great tool for a judgement detox. With empathy, one is able to see beyond people’s quirks and flaws. This is especially useful when feeling triggered by someone because rather than resorting to the instinctive reaction of judging it’s helpful to think of what might be causing them to say or do something ‘inappropriate’.

Everyone’s born into this world with a clean slate and its an accumulation of experiences that wires people a certain way. Heck even a criminal isn’t born as a criminal, but becomes one based on a combination of their upbringing and what they’re exposed to. The movie Joker made this pretty apparent and sent a strong take- home message: Every single person on this planet has a story, all we got to do is care to tune in.

Appreciating diversity takes courage though. It calls for us to step into unknown territory and accept people regardless of how different they seem. Even if their beliefs seem way off, even if they’re a part of Flat earth society or whatever whacky conspiracies are out there, there’s always a way to find middle ground. Former Argentinian President Mauricio Macri said it perfectly “There’s more that unites us than divides us”

Honest truth is that we’re all strange and unusual in our own ways. The idea is to extract the best from people because that’s what nourishes us as a species.

A good place to start would be deciding on making acceptance the norm by breaking barriers and not building walls.